Home Farm Life How to fix a hole cheaply and clean up a mess at the same time!

How to fix a hole cheaply and clean up a mess at the same time!

So you have holes your animals can escape through? 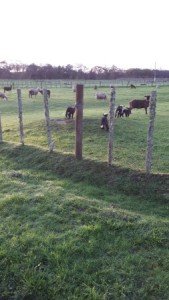 You are not alone, we also have holes in our fences and it isn’t just the dogs who use them as an exit route.

We live in a rural area and often getting anything done can be expensive as we are far from resources and people willing to do jobs I need to be done.

Over the last little while we have had our Arapawa sheep and dogs going through fences and so I have been trying different things to solve the solution. One of the best fixes I have found is to use the wood from trees that have fallen down or been blown down by the storms we have had. It started by accident I just threw a few logs in a hole to stop the sheep going to the neighbours through the boundary fence and it worked, not only did they stop using that exit (they crafted a few new ones with the help of the neighbours bulls) but as the wood started to settle the ground came up around the wood and grass grew making the rotting log stable but also the area became fertile and the hole was naturally filled in.

Last Monday I came home and there in the driveway was the other half of the tree that had fallen down so this weekend is a long one we chainsawed it up and moved it and you guessed it I have been using some of it to fill in the new holes!

One of the holes we have blocked was a well-utilised one by both the sheep and dogs to get to the hay paddock and I suspect it was not so good a place for Barkley to squeezing under so next time he visits sadly this will not be an option on his bucket list.

Here are some pictures I took of the old logs that have worked and as you can see the grass has grown around them. Below these are pictures – some nosey animals included of the new logs we have placed – wonder how many will make the distance I came home tonight to see the neighbours bulls have already attempted to rearrange one lot no, in these photos and you can see Shevy one of our horses has been checking out another lot so fingers crossed. 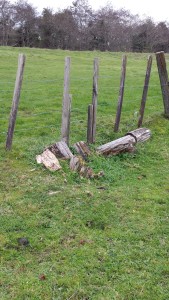 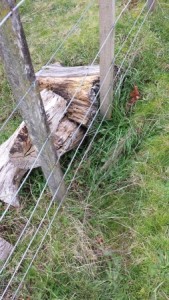 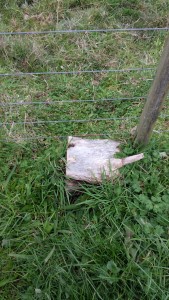 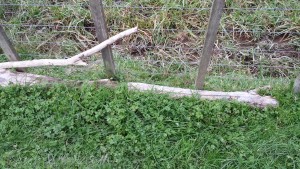 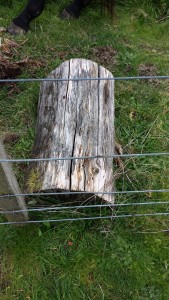 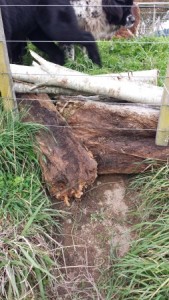 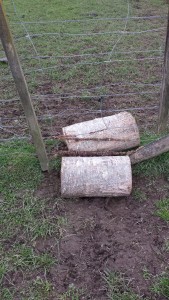 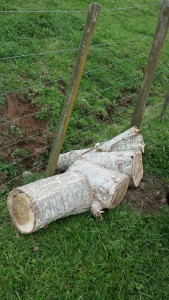 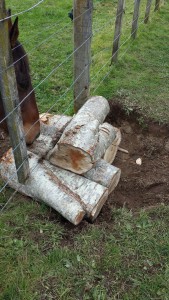 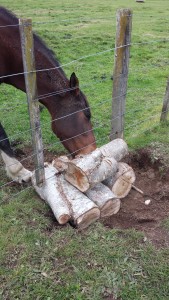 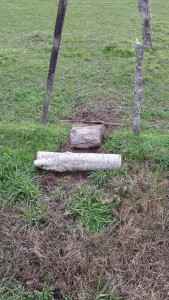 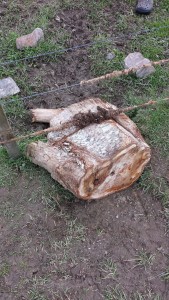 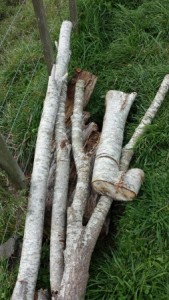